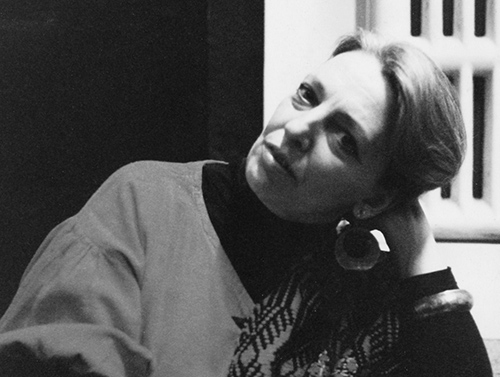 everley was born in Montreal of anglo/francophone parents, spent her teens in Hamilton, attended University of Western Ontario in London, but changed course to study at the Ecole des Beaux Arts in Montreal. In 1951, she married John Cairns, and the next day sailed for East Africa. During her seven years in Tanganyika, Beverley organized puppet theatre and folk dancing for young people as well as an export business in African Carvings of local artisans, learned to speak Swahili, and to top it all gave birth to and cared for daughters Sandra and Lisa. “Living in a traditional society provides a kind of measure in your life that stays with you,” Beverley comments.

There were subsequently major forays to Nigeria and Paris, to follow John in his career during the next 17 years, interspersed with return visits and engagements in Canada. Beverley’s preoccupation during this period was the raising of five children – Sandra, Lisa, Stephanie, Eva, and Graeme – their schooling, their care, and their guidance. The positive impact of the international experiences would be profound for the family, individually and collectively.

Beverley and John came to “the old McLean house” in Elora in 1974 to enjoy and contribute to the quality of life in a small rural community. While the children asked, “Why couldn’t they have a house like everyone else?” (The building would be under renovation for the next 15 years), it was the stone structure, the special array of plantings and vegetation, the neighbourhood, which held appeal. Shortly following arrival, Beverley encountered Pat Chataway and discovered common experiences arising from life in Africa, the Swahili language, an interest in theatre, and, later, an interest in the environment. Soon Beverley was involved in theatre production, direction, writing, and acting in conjunction with the Elora Community Theatre.

Peter Scott planted the seed in the summer of 1984 for the creation of an Arts Council to coordinate events and foster the arts in Elora. Beverley helped organize the Elora Arts Council and has served on its board continuously in various capacities, edited the Communiqué, conceived and produced this Profiles column on Elora artists, and ultimately published most of the collection in a wonderful book of the same name in 1997. Beverley met regularly with close friends Elske Albarda, Pat Chataway, and Nellie Webb to enjoy good food, stimulating conversation, and hearty debate on a wide range of issues including community enhancement in the broader context of a healthy environment. Beverley was the catalyst in the formation of a grass-roots organization, the Elora Environmental Action Group (EEAG), which attempted to respond to the evidence of waste, cost to the environment, and cost to human health which all of us were witnessing. The EEAG took these and other issues to various levels of government, to our young citizens in the schools, and to the public at large through a series of workshops, seminars, information meetings, and festivals. The sheer amount of time and energy devoted by Beverley to this organization and to the range of issues it addressed was truly inspiring. Nothing was considered impossible to contemplate for the purpose of change. The very successful Elora Centre for Environmental Excellence grew out of this organization.

Beverley was the catalyst in the formation of a grass-roots organization, the Elora Environmental Action Group.

Latterly, Beverley has taken more time to develop her personal interests in art and art-making: drawing with Eva McCauley, sculpting with Hanna Boos, improving her skill at the piano with Elske Albarda, and improving her Italian with Adnan Gokcen at U. of Guelph. Playing squash regularly has given way more recently to sailing and swimming. And then there are the gardens: the one in Elora, which she “guides in its haphazard state”, and the one on the family property in Quebec (another renovation project) to which she retreats for the summer each year. It is in Elora and Quebec that the five children and two grandchildren can come together to visit. In the meantime, there is constant and regular communication with the children, usually via e-mail.

In speaking with Beverley and with others who are close to her, one is struck by her commitment to her family, her community, and the environment. For Beverley, everything is interconnected, including the constituent elements within both the cultural and the natural worlds. “She has a wonderful sense of garden, she has guided her children in such a beautiful way,” remarks Elske. “The value of friendship, the gift of collective community, volunteerism, the grace of contribution without recompense, the sacred duty of providing for the people you love, these are values important to my mother,” comments her daughter Sandra.

Beverley has recently travelled to China and India. John is presently away on a short-notice consultation in Africa. Then there is the outdoor sculpture exhibition in which Beverley is participating as both artist and organizer. For those fortunate to have worked with or become a friend of Beverley, it has been a privilege. She is truly a Renaissance woman.

by Deryk Smith, Spring 1998
(with considerable help from Elske Albarda and Sandra Cairns) 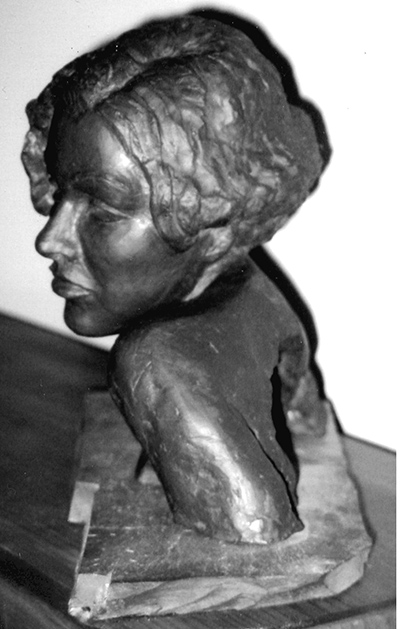 In speaking with Beverley and with others who are close to her, one is struck by her commitment to her family, her community, and the environment.

After editing the first Profiles Book of the Elora Arts Council in 1997, Beverley is presently researching and editing this new, updated edition. Sailing has finished, but sculpture and gardens maintain their magnetic focus. For several years Beverley worked with a small advanced sculpture group that met at The Elora Pottery, under the technical guidance of Geoff Stevens. Her output is not great, but each piece is strongly individual.

For the last three years she has once to compile the Communiqué, the Elora Arts Council’s quarterly newsletter, as well as being Webmaster for this non-profit group and others.

A strong focus of the last five years has been working for the establishment of the Elora Centre for the Arts in the heritage stone building that was once Elora Junior School. Establishment of such a Centre has long been a dream of hers. It was even one of the original purposes of the Arts Council when established in 1985. Beverley served on the board of ECTFA for three years until 2004, acting as liaison for the Elora Arts Council with the Centre.

Beverley believes that the interaction of many artistic disciplines creates a critical mass from which excellence will grow.